Earth Hour: Why millions worldwide will switch off lights

Tomorrow, March 29, at 8.30pm millions of people are expected to switch off their lights in their offices and homes. Countries worldwide are also going to switch off the lights on famous landmarks to mark WWF’s annual Earth Hour.

The mass participation event is to show support and commitment for environmental change. The CN Tower, Metro Toronto Convention Centre (MTCC), Rogers Centre, Oxford Properties – MetroCentre, The Fairmont Royal York hotel, Air Canada Centre, Roy Thomson Hall and Bell Media’s Toronto Headquarters will turn off their lights as a symbol of their commitment to the planet.

This year the Intergovernmental Panel on Climate Change is planning to launch its latest report on Monday, a few days after Earth Hour. It will outline how global warming is going to affect food supplies, water, the weather and wildlife in the coming years. Earth Hour allows families to prepare and educate themselves not only on these foreseeable changes but how making a conscious effort in one’s daily life can help to reduce the carbon footprint.

“The significance of these two events is massive. Climate change is the biggest environmental threat facing our planet – it’s real, it’s happening right now, and we need to act fast” said Colin Butfield, director of public engagement and campaigns at WWF-UK.

There are many fun educational ways parents can approach the topic of climate change with young children and teenagers alike. Why not research the history of famous landmarks that take part in Earth Hour? Find out about endangered species and come up with innovative ways we can save energy. For ideas of things to do in the dark during Earth Hour, The Guardian has put together an interesting list of ideas.

It’s important that children understand that switching off the lights for an hour isn’t going to help climate change, but the symbolism behind it will. According to WWF more than 7000 cities in 154 countries took part in Earth Hour last year, the result saw thousands of people tackle a range of issues from energy to deforestation and oil pollution. It is now the world’s biggest environmental event. Earth Hour’s CEO and co-founder, Andy Ridley, said:

“For us the symbolism or turning your lights off will always be important. But the big thing for us has always been how to push it beyond the hour. The stage we’re at now is to make it really easy for people from their handset, tablet or laptop to be able to do something pretty immediate to make a difference. That’s the holy grail for us – building a global collective movement, far beyond the event, where the event becomes a kind of inspiration but the movement is really the essence of it.”

It is essential that there is strong environmental teaching at home and in school, so we can build on past successes that WWF and other charities have created. As Nelson Mandela said:

“Let us stand together to make of our world a sustainable source for our future as humanity on this planet.” 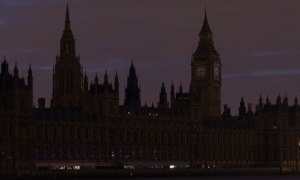 Filed under Activities in Toronto